On his 11th birthday, Tony's played his first real "gig" with local bluesman Colin Dussault, endearingly dubbed him, "The Kid". Several months had passed with Tony playing with Colin's until the band got an endorsement deal with Budweiser Beer, who wasn't fond of the idea of a 12-year old selling their product. But the future was bright and Tony moved on to play with several bands and eventually started the Tony Koussa Band at the age of 14. 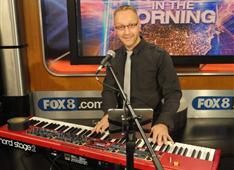 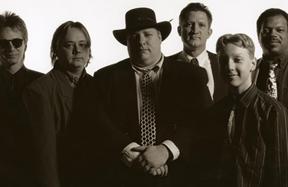 While most kids were breaking in their thumbs playing the original Nintendo, Tony was sharing the stage with some of the local greats.

Tony has never not done music.  Even as toddler, Tony would sit on his dad's lap and play the Hammond organ at the Friday night "jam sessions" at the Koussa house.  When he first picked up the saxophone at age 10, he knew he was holding something special.  This was his voice and his gateway into a luminous career in music.

"It is a blessing to be able to share what you've been given to make peoples' lives a little brighter, and so I feel so fortunate to be able to do this for a living. My heart is fully engaged in everything I do, and I commit to every performance and event as if it's the most important event I will ever be a part of.  I'm also aware that for some of the events for which you might book us, it really is the most important day for you too!  Thanks, sincerely, for checking us out!"

Since those youthful days, Tony has logged 1000's of performances and grown in his musicianship, playing guitar, bass, and keyboards. He has also developed one of the most unique and fierce singing voices you will hear.  Tony has not only been a staple in the Cleveland music scene, but has toured toured nationally and internationally with Rounder Records recording artists, along with a Gospel Music tour of Germany and the US.  He was voted the Best Horn Player in Northeast Ohio by the Cleveland Free Times and voted Best Male Vocalist by the independent music site, Garageband.com. He has an extensive recording career and has shared the stage with Maceo Parker (of James Brown), GE Smith (of the Saturday Night Live Band), Robert Lockwood Jr., Koko Taylor, and Little Milton, to name a few.  He has led his bands to open for the likes of Tony Bennett, Diana Krall, Spryo Gyra, and Mannheim Steamroller.  Tony has also played for presidents Bill Clinton and at George W. Bush's 2nd-term Inaugural Ball.  Tony is endorsed by Cannonball Saxophones.

For the past 18 years, Tony has been captivating audiences and sharing his talents on the small stages to the big ones, bars to weddings, corporate events to festivals, and his talent is only matched by his professionalism.